Yes, you guessed correctly—this is the most attractive neighbourhood in India, surrounded by the endless grandeur of the Himalayan peaks. Nepal is the country in question. Here is how to plan golden triangle India tour packages with Nepal for 9 Days.

Along with the famous cities in this golden triangle circuit, there is another significant tourism destination featured in the Golden Triangle series. The suggested itinerary is provided as a starting point and can be altered as desired.

Our agent will greet and receive you when you arrive at the Delhi airport. He’ll drive you to the hotel that you’ve reserved. Take it easy today and stay the night.

After breakfast, a full-day tour of Delhi will start. Visit the Red Fort, one of the magnificent monuments left by the Mughal Empire, the India Gate, which was built to honour martyrs by bearing their names on its walls, the Rajghat, which was built in honour of Mahatma Gandhi, the Father of the Nation, and the magnificent Rashtrapati Bhawan, which serves as the residence of the President of India. The following stop will be at the Lotus Temple, which is shaped like the petals of a lotus plant, and Qutub Minar, which has five stories and is decorated with carvings and texts. Humayun’s Mausoleum is one of India’s best architectural works and the country’s first garden tomb. Dinner is to be had upon your return to the hotel. Start your trip from Delhi to Agra by car in the morning.

Move towards Agra – the 2nd Destination of the Golden Triangle Tour

After breakfast, the tour will go to Agra, the city that represents unfathomable love. Register at the hotel and unwind for a while. After that trip, Shah Jahan erected the Agra Fort, which stands parallel to the Yamuna River, and his son eventually imprisoned him there. Visit Itimad-ud-tomb Daulah’s afterwards. Due to its architectural resemblance to the Taj, this tomb is also known as Baby Taj. Dinner is to be had upon your return to the hotel.

Enjoy the sunrise at Tajmahal, which Shah Jahan built in honour of his beloved bride to preserve her earthly beauty. It is located on the Yamuna River’s bank and is absolutely stunning at dusk and dawn. You will be driven to Pink City, Jaipur, after breakfast. As you travel to Fatehpur Sikri, a city built by Akbar, stop by the Buland Darwaza, which was constructed to mark the emperor’s victory, the Panch Mahal, the Jodha Bai Palace, which served as the harem for the queens of Akbar, the Diwan-I-Khas, the Diwan-I-Aam, and the Tomb of Sheikh Salim Chisti, a shrine that was created to honour a Sufi As you head toward Jaipur, keep touring. We’ll spend the night in Jaipur.

Start your day with Jaipur Sightseeing Tour by visiting Amer Fort after breakfast to see how Jaipur once shone and take an elephant ride. It includes the Sita Devi Temple, Ganesh Pol, Sheesh Mahal, and numerous more palaces that look out onto Maota Lake, where you will be mesmerised by the reflection. Visit Jal Mahal next. Then proceed to City Palace, where you will find a museum where you can learn about Rajasthan’s history and culture. The Hawa Mahal, which was constructed for royal ladies in the shape of Lord Krishna’s crown, will be the next stop. Enjoy your meal before returning to the hotel.

You will return to Delhi and continue your adventure to Nepal, which is the most desired destination. The scheduled departure time will depend on the availability of flights. Once in Nepal, you will be transferred to the pre-reserved hotel where you may spend the rest of the day relaxing and having fun.

The rest of the day’s itinerary will include visits to some of Nepal’s top tourist attractions, making your trip worthwhile and unforgettable for the rest of your life. The three UNESCO World Heritage Sites that best capture Nepal’s culture and history are the Sawaymabhu Nath Temple, Kathmandu Durbar Square, and Patan Durbar Square. Return to the hotel for the night after a day of sightseeing.

After a delicious breakfast, get ready for another exciting day in Nepal. The main sightseeing locations include Bhaktapur Durbar Square, the Lord Shiva-dedicated Pashupati Nath Temple, which was built in 1696 A.D., and Boudhanath, one of the largest stupas from the 5th century, whose architecture will astound you. After ending your day of leisurely exploration of the neighbourhood, return to your hotel for the night.

You will be flown back to Delhi after 8 days of incredible fun so that you can continue your adventure with the nicest memories. 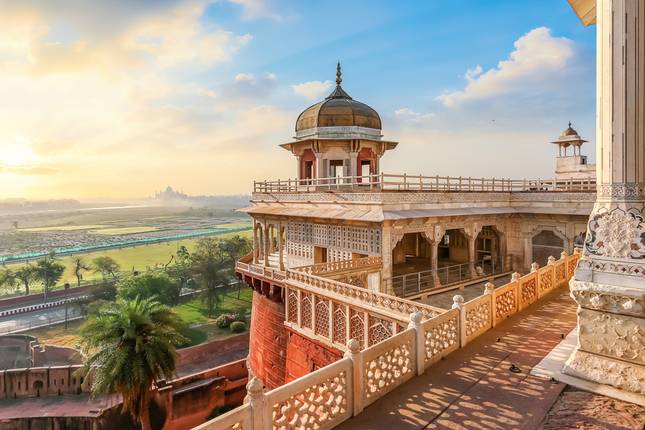