How Make Best Version of Yourself on Golden Triangle India Tour? 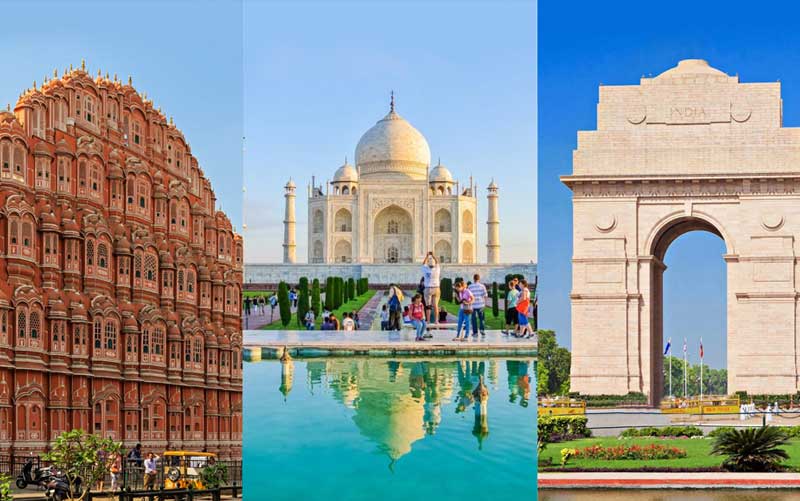 “Do you know? The best of India’s tourism can be experienced in 5 to 6 days?” Most people imagine India as a chaotic place where cows roam the streets and locals have innocent misconceptions while watching people with their arms glued to their horns. This, however, is not the case! In fact, some regions of India are chaotic, and people are not superstitious; they are deeply rooted in their culture and tradition, which we believe is the Love for the country locals, put in their way! Let’s check out How Make the Best Version of Yourself on the Golden Triangle India Tour?

On the other hand, a traveler like you and me, who understands that India has its own mystery and that the above points are just myths, finds India to be amazing! Not because of the roaming cows, horn-filled streets, or the sight of people enjoying their culture. It is because no other country in the world burns brighter than India. What makes India the world’s most amusing country? The Golden Triangle India Tour by Car allows visitors to see the best of India.

What Is Golden Triangle India?

The Golden Triangle route in India is the most popular among travelers, particularly international visitors. It is well-known for a variety of reasons. This journey includes three major Indian cities: Delhi, Agra, and Jaipur.

Why It Is Framed as the “Golden Triangle Route for Travelers”?

It is because the three major cities of India, Delhi, Agra, and Jaipur, are connected by a road route that spans approximately 250 kilometers and takes 4 to 6 hours to complete. These three routes are set at an equivalent distance apart and form a triangular route with the same 250 km separation. As a result, the phrase “Golden Triangle Route” was coined.

Travel Tip – International tourists visit the Golden Route of India, which includes Delhi to Agra by car, with a Jaipur sightseeing tour, and are awestruck by the plush forts, opulent palaces, bustling bazaars, and much more.

So, if you want to learn more about the Golden Triangle India tour package, send us your ears, and don’t stop reading the entire article.

Which Months Are Best for Booking a Trip to India’s Golden Route?

The Golden Route of India – Delhi-AGRA-Jaipur – is best visited between October and March. It is the time of year when the weather is ideal for day trips. In India, October marks the end of the scorching summer days. Wintery weather occurs in the latter months.

Traveler Tip – Avoid traveling the Golden Route during the monsoon and summer months. Because the summer temperature in India exceeds 45 degrees Celsius, taking a day trip would be difficult.

Delhi is the starting point for the Golden Triangle route in India. Direct flights to New Delhi are available from well-known destinations such as the United Kingdom and the United States. Traveling to Delhi, on the other hand, is the best option for both international and domestic travelers to begin their Indian adventure.

Delhi has a population of approximately 19 million people. Some of the places in Delhi are so crowded that the quickest way to get around is to hire a private taxi. Inquire with your travel agency about arranging an all-inclusive trip to the Golden Triangle that includes sightseeing, transfers, lodging, and meals.

Explore the streets of Old Delhi and pay a visit to the Red Fort made of red sandstone. Visit the Lahore Gate and the Delhi Gate. It was once the Royal Mughal Family’s residence and is now a prestigious UNESCO historical site.

It is one of the most fascinating temples in Delhi, along with Akshardham Temple. Except on Mondays, when the temple is closed, seek blessing inside the temple. Inside the Lotus Temple, there is no admission fee.

Pay your respects to the valiant Indian soldiers who gave their lives for our country during World War I. Some parks near India Gate are ideal for a picnic. If you choose the right vacation planner, you will be rewarded with the nightlife in and around India Gate, which is a major tourist attraction.

It is known as the city of love because it is home to the Taj Mahal, a white marble structure that is one of the Seven Wonders of the World. Agra is home to three UNESCO World Heritage Sites.

The Taj Mahal is located in Agra. One of the world’s wonders and I can confirm it is just as beautiful in person! There isn’t much else to do in Agra, so 1-2 days would be plenty to see the Taj Mahal at sunrise and sunset.

It is known as the city of love because it is home to the Taj Mahal, a white marble structure that is one of the Seven Wonders of the World. Agra is home to three UNESCO World Heritage Sites.

The Taj Mahal is the grandeur of love and the most talked-about destination on the Golden Route India exploration. It is a white marble mausoleum that has legitimate artwork on it. If you’re on your honeymoon, come here to watch the sunset with your spouse. She can’t stop herself from going crazy for a blissful romance after watching the beautiful sunset. Believe us!

Highlight – The Taj Mahal is a love symbol built by Mughal Emperor Shah Jahan in memory of his wife, Mumtaz Mahal.

In Fatehpur Sikri, you can see the brilliant faces of Mughal architecture and bygone Indian history. Book a guided tour of Fatehpur to learn about the administrative and social structures of bygone India.

The Royal Mughals serve as a bulwark for Agra Fort. Take a guided tour of Agra’s Fort, which is made of red sandstone and has decorated buildings on the inside. Investigate this man-made marvel that arose during Akbar’s reign.

With its forts, palaces, and vibrant bazaars, Jaipur is known as the Pink City and exhibits an unparalleled blend of Mughal and Rajasthani cultures. Jaipur, the state capital of Rajasthan, holds significant cultural and historical significance in Indian history.

Distance – A private cab takes approximately 4 to 6 hours to travel 240 kilometers from Agra to Jaipur.

It is the infamous Jaipur forts, which were once the residence of the Royal Rajputs. The fort is located on a hilltop and is accessible by jeep. It contains brilliant palaces and a temple, as well as the best blend of Hindu and Mughal architecture.

Traveler Tip: Include an evening sound and light show package in your visit to Amer Fort.

Hawa Mahal, also known as the Palace of Winds, is a beautiful monument in Jaipur that is frequently visited by international tourists. It was built with red sandstone, and the idea behind its construction was to make the royal women of a bygone era watch the outside liveliness.

When booking your Golden Triangle India package, keep in mind the standard inclusions such as hotels, meals, transfers, sightseeing, and a ticket to any monuments.

Carry a scarf with you because this golden journey includes temples where you may be asked to cover your head.

Customize your trip on a guided tour to get the most out of your time on the Golden India Route.

There are numerous locations that you can include or exclude from your itinerary. However, we have listed the most well-known attractions visited by tourists on this well-known tourist circuit. 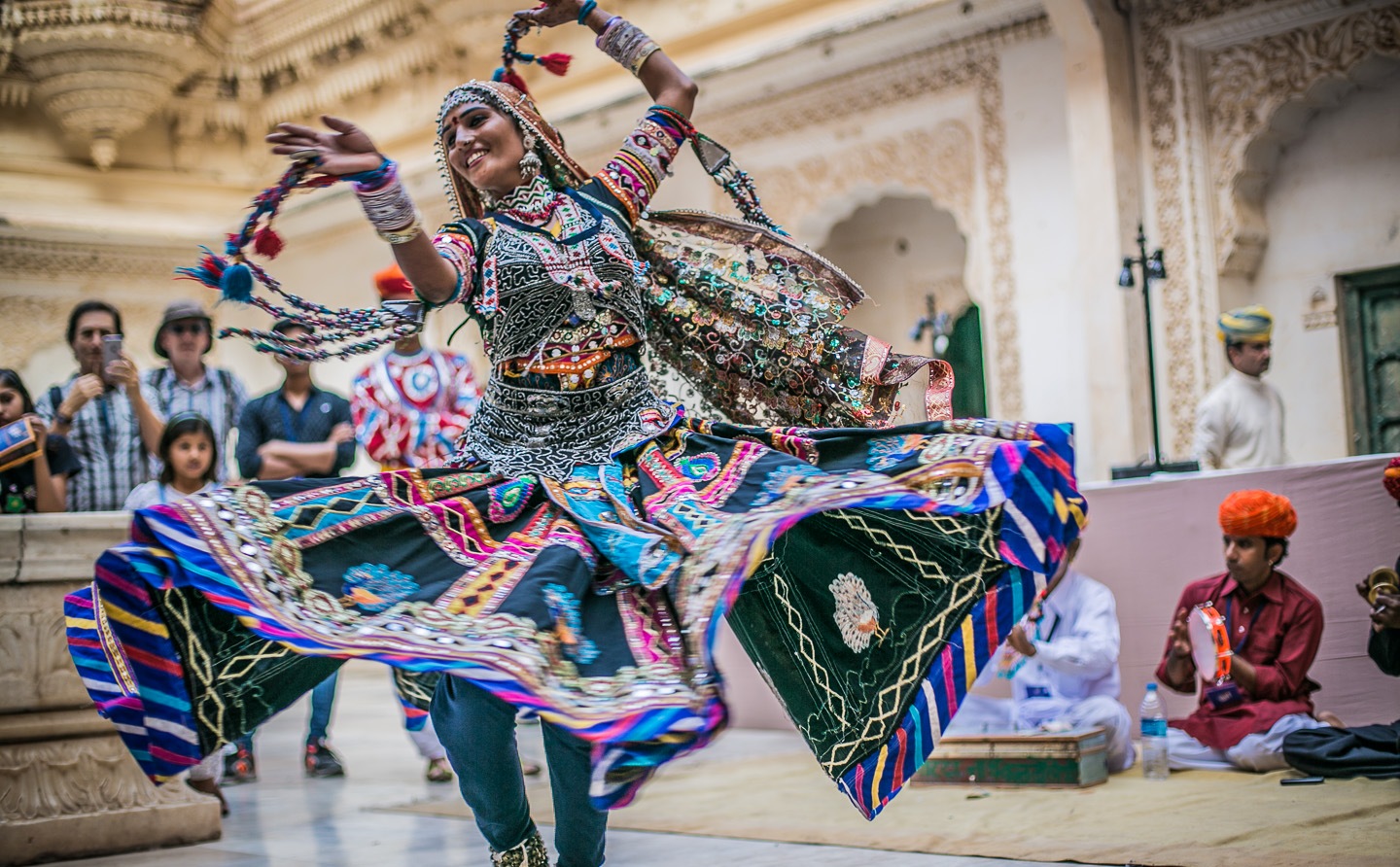