When we were on tour from Delhi to Agra by car, we got the various great things about the history of India, the people, and some places also. The guide was very knowledgeable and was well aware of all the details associated with the route. We are going to talk about Dr. Narayan Subbaorao Hardikar because, after his name, there is a road. We will touch the details of NH44 because it has some very interesting points to know. We have covered Lala Lajpat Rai as there is a road named after him. We will also talk about GT Road and the monuments on it in different states.

He was a freedom fighter and politician. He established Seva Dal of Congress. After independence, he assisted in the establishment of the Karnataka Health Institute. He was given the Padma Bhushan Award in 1958. The Department of Posts issued a stamp to honor him in 1989. He contributed to the development of the country both before and after independence. Thus, there is a road after his name that we crossed while going from Delhi to Agra.

The Next interesting details are about NH 44. The full form of NH is National Highway. There are National Highways in India. ’44’ is the number in the sequence given to it. It starts from Srinagar and completes in Kanyakumari. It starts from the south and ends in the north. It passes through many states. In total, seven highways were merged into it. It forms a part of Golden Quadrilateral, a project initiated by the Govt. of India. It is a project with the intent to connect the major industrial, agricultural and cultural hubs of the country. it will make transport in business very convenient.

Lala Lajpat Rai is a well known name in the history of India, especially in the pre-independence period. He played a highly appreciable role and there is a road in his name on the way to Agra from Delhi via the route of NH19/NH44. He was known as Punjab Kesari. He was a great leader and influenced the youth of the country to fight for independence. The major 3 young leaders Bhagat Sigh, Raj guru, and Sukhdev were under his leadership and learned great things from him. He was also a part of the trio: Lal Bal Pal. ‘Lal’ was the short form of his name, ‘Bal’ was Balgangadhar Tilak and ‘Pal’ was Bipin Chandra Pal. The trio had a wonderful contribution in the freedom struggle of India.

GT Road is Grand Trunk Road. It is one of the oldest and longest roads in Asia. It was built by Sher Shah Suri. It connects some countries of South Asia. It has its starting point in Kabul and it has its end in India, Kolkata. It connects Afghanistan, Pakistan, and India. It even cuts a part of Spin Ghar Mountains. There are various monuments on GT Road. The states in India which are covered by GT Road and which have monuments on the road are Punjab, Haryana and Uttar Pradesh. 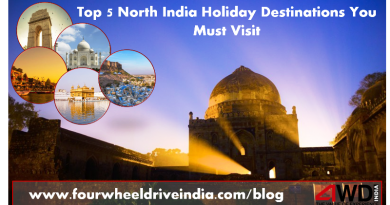 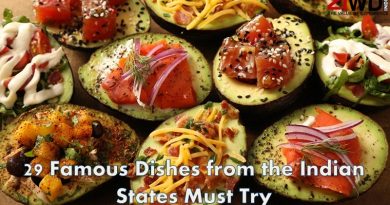 29 Famous Dishes from the Indian States Must Try