The notion of paranormal elements and haunted locations has long been ingrained in human instinct. Many isolated and desolate locations around the globe are said to be haunted. People believe that if an accident has ever happened in the same specific structure, location, or area, it may have been haunted. So, let’s start with knowing some of the top haunted places in India you can include in your golden triangle India tour package.

Haunted Places in India in One Tour Package

The very thought of going to such places is enough to make you feel uneasy and cause your blood to curdle. Your golden triangle India tour package may include visits to such infamously haunted locations while you are in Delhi, Agra, and Jaipur. You could hear inspiring tales about these locations on your tour from the local tour guides.

The renowned Sufi Saints Jamali & Kamali of the 16th century are honored in the Tombs of Jamali Kamali. A Sufi saint named Jamali flourished in the Lodi dynasty’s era. The Qutub Minar is not far from this compound. Sheikh Hamid Bin Fazlullah published poetry under the pen name Jamali. Even Sikandar Lodi, a renowned poet in his own right, had high admiration for him because of how well-known he was as a poet. The Mehrauli Archaeological Park region is where these tombs are located. Many guests have the impression that they are being followed by an unseen force. Some claim that these paranormal devices have smacked them. For this reason, fakirs call upon these agents every Thursday.

Also Read: A Complete Guide of Golden Triangle Tour with Ajmer and Pushkar

The name alone should be enough to inspire fear in everyone’s heart because it means Bloody Gate. The lengthy tales of violence surround this gate. The most horrifying tale is the public execution of the last Mughal monarch Bahadur Shah’s sons. This horrifying act was committed during British rule. It is thought that the dead people’s ghosts are still present there. International tourists have been subjected to certain weird acts of disruption, but Indian tourists are not in any danger from them.

Many large step-wells were dug in the pre-Mughal and Mughal eras, just as it was traditional to construct step-wells in medieval times to furnish water. One such enormous stepwell in New Delhi is Agrasen ki Baoli, which is 60 meters long and 15 meters wide. The most haunting location in New Delhi is said to be this area left in ruins.

According to mythology, King Agrasen constructed this Baoli, which the Tughlaq kings renovated in the 14th century. In addition to the ghost stories, this location offers a setting for photographers. You must schedule a visit to this intriguing medieval masterpiece during your Delhi tour.

The Delhi cantonment’s isolated areas are thought to be home to otherworldly beings. The tale of the lady in the white apron who stopped people seeking a lift is, nevertheless, the most well-known. For those that hitchhike.

The Cat Mosque Near the Taj Mahal in Agra

The sandali Mosque or Cat Mosque is the common name for this mosque, which was built by Shahjahan’s wife. It is located extremely close to the Taj Mahal, and on its campus are the mosques that Shahjahan’s wife, Kandhari Begum, erected as well as her tomb. It’s believed that this woman adored cats. Tieing the strings in filigree is fashionable. Nevertheless, if you go there, you’ll notice a lot of cats strolling around. The natives have the notion that cats might represent ghosts. These spirits, according to Islamic doctrine, are Jinn who take the form of cats when they manifest. Despite the well-known antagonism between dogs and cats throughout the world, stray dogs and cats coexist together in this mosque.

The Mughal dynasty’s ascent and collapse have been seen by the Agra fort. Numerous betrayals, horrifying murders, public hangings, and executions by being thrown off ramparts or crushed beneath elephant’s feet occurred. The fort’s abandoned palaces and step wells are rumored to be haunted. On your visit to Delhi and Agra. If you go to this fort, you can also get a chance to see the step wells and historic places that are inside. The Phansi Ghar or hanging house, which is next to the Angoori bagh, is one of the eeriest palaces.

Popular nicknames for Fatehpur Sikri include the ghost city and the haunting city. The Mughal Emperor Akbar once made it his second capital city after moving from Agra. Due to water shortages and his indulgence in the North Western border war, he permanently departed the city and did not come back. The metropolis was once even bigger than London in terms of area. The majority of the palaces inside and outside the citadel are dispersed over a vast region and are in utter desolation. Many works of literature and travel stories mention the existence of jinns, which are thought to be present in these abandoned palaces, the ruined buildings, and the Baolies. Even the locals who wander around the crumbling citadels in the dead of night occasionally sense the presence of mysterious energies and feel someone is watching them.

Bhangarh Fort Is the Most Haunted Location in Rajasthan

The most notorious ghost town in India, Bhangarh Fort, may be easily seen in your Jaipur sightseeing tour package or while you are driving from Agra to Jaipur or vice versa if you have a penchant for haunted places and are doing a tour of Delhi, Agra, and Jaipur. Agra or Jaipur are convenient starting points for a day excursion by automobile to Bhangarh. This location, which is in the Alwar area, has been abandoned for a very long time.

The Archaeological Survey of India is in charge of this location, which is open for visits from dawn to dusk but prohibits visitors from remaining inside the stronghold after dark. Folklore from this region tells tales of betrayal and a magician who fell in love with the local princess and wished to wed her against the will of both she and her father.

Also Read: What Are the Main Attractions of Jaipur to Visit in a Day?

He felt so enraged that he attempted to force the princess to submit by using black magic, but he was unsuccessful. The Tantrik-Magician has murdered thanks to the Princess’s knowledge of the occult and the deterrent abilities. Tantrik reciprocated by casting an ominous enchantment on the Palace before dying. He thereby wrecked the city as a whole.

Currently, if you visit this location, you can see unusual things like langoors and monkeys coexisting together. The pinnacle of the palace is filled with incense vials that the tantiks use on special evenings to please their gods. Overall, the place gives off a haunted vibe.

Also Read: A Golden Triangle Trip to Know about the Cultural History of India

Explore the renowned Nahargarh fort in Jaipur if you’re not afraid of scary stories and curious about the paranormal. Jaipur is home to this fort. The fort is one of Jaipur’s top tourist destinations. According to local legend, Nahar Singh Bhomia’s ghost still resides here. When Sawai Jai Singh, the Maharaja of Jaipur, began construction on the palace, the ghost grew irate at the thought of his home being disturbed.

In Jaipur, Rajasthan, you must explore the Delhi-Jaipur route, which is notorious for its ghostly tales, if you are interested in honor enthusiasts. It’s thought that a newlywed woman exhaled her final breath. This location is just outside of Jaipur. Some witnesses claim to have seen the ghost of this woman wearing a red sari and jewelry. They said that this woman approached the car directly before abruptly vanishing. Even they could hear her anklets slapping against their feet.

The Most Haunted Location In Rajasthan Is Kuldhara Village

You have a fantastic opportunity to visit this most haunted location in Rajasthan if you are doing a Delhi Agra Jaipur tour that also includes Jaisalmer. You become overcome by a sense of dread, soliloquy, and pervasive quiet as you travel to Kuldhara. It’s thought that the locals were subjected to excessive taxation by a notorious revenue collector.

The residents of the village moved collectively to other locations since they were unable to pay the high taxes. So, ever since that moment, this place has been in complete desolation. The alternative idea holds that people abandoned this location because they had no other means of support when the trade route changed. This location was a significant village that was located along the route. It’s a bad place.

At the moment, this location serves as a fantastic hub for excursions to Jaisalmer and Delhi Agra. People in the area claim to witness the bizarre apparitions strolling and making odd noises.

Also Read: Taste the Cuisines at North India during Your Golden Triangle 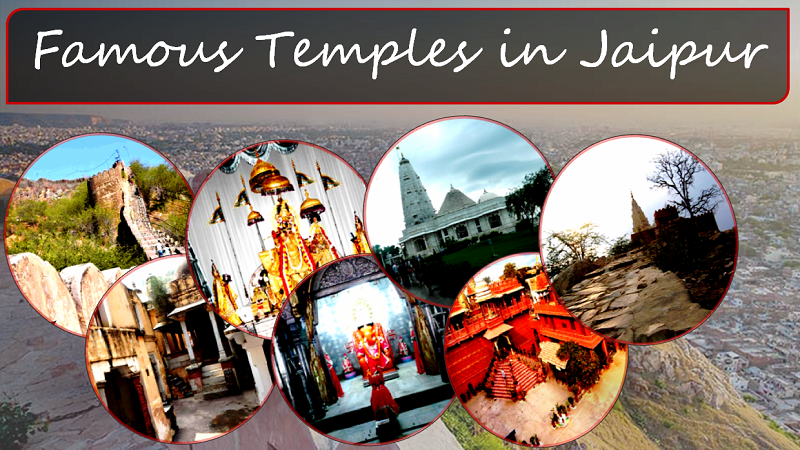 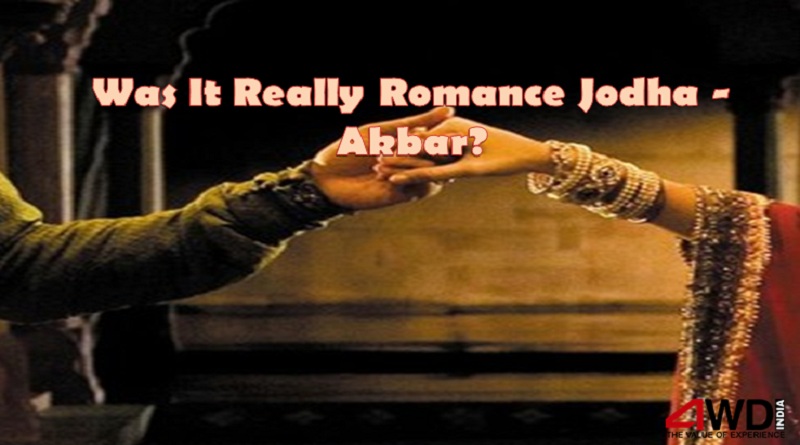 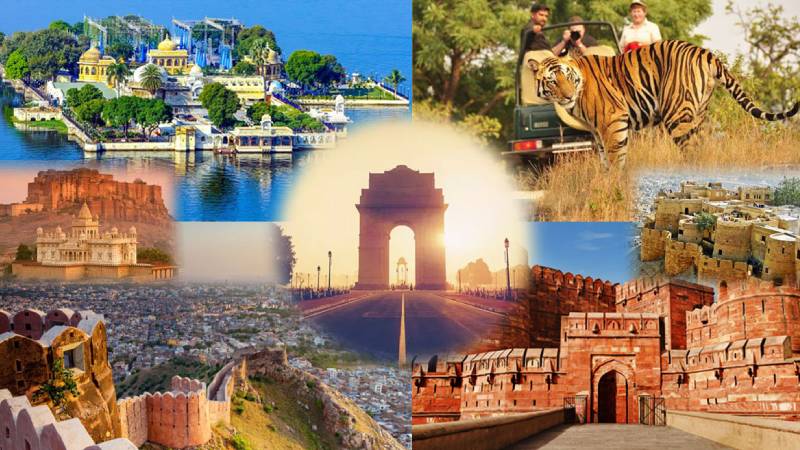