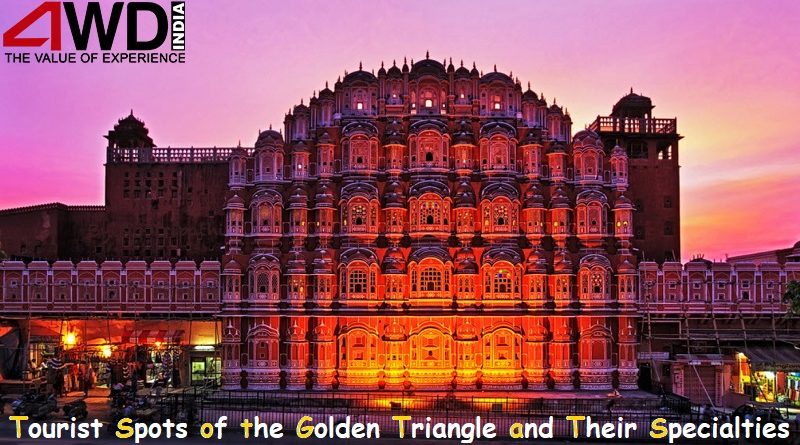 I was with my family on the golden triangle tour and it was a wonderful time for me to spend with. I had awesome experiences on the earth as the golden triangle of India comprises of the best three cities of North India including Delhi, Jaipur, and Agra. The golden triangle India is a very famous tourist spot for the whole world and we could manage to see so many e foreigners. We also got opportunities to speak to them and we found out that their so excited about knowing the culture of India and the technologies used in olden times in India.

The famous tourist spots of Agra are the Taj Mahal which is the epitome of love, Fatehpur Sikri of sandstone and a UNESCO World Heritage site, Agra Fort made up of red sandstone built by Akbar is also a UNESCO World Heritage site, Itmad-Ud-Daulah’s tomb which is a Tomb built by a queen for her parents and is also called as Baby Taj, Mehtab Bagh which has a complex of 4 Gardens, Kinnari Bazaar if you want to check the best quality jewelry, items made up of marble, stalls of snacks, clothes, etc. Agra is also famous for Korai village which is located on the highway of Agra and Fatehpur Sikri, Akbar’s tomb in Sikandra when we all know that Akbar was the best king of India and many other places that show the culture of India.

Jaipur is called as the Pink City of India and there are a Hawa Mahal which has more than 900 Windows for ventilation, Amer Fort that will offer you a wonderful artistic approach of the rulers of India, City Palace that has Mubarak Mahal and Chandra Mahal and many other beautiful buildings inside the complex, Jantar Mantar which is the UNESCO World Heritage site, Nahargarh Fort that has a picturesque architecture, Chokhi Dhani which is a small village that offers boating, horse riding, magic shows, predicting parrots, acrobatics, fortune tellers, puppet shows, camel rides, singing, folk dances, etc.

The tourist spots of the golden Triangle including all the three cities are the Red Fort which is the pride of the Mughals, India Gate, the largest war memorial of India, Rashtrapati Bhavan where the President of India lives, the Qutub Minar, the stone structure wonderfully Majestic, Jantar Mantar, the largest sundial of the world, Humayun’s tomb with many tombs in a garden, Akshardham temple to visit and have a holy experience, Chhatarpur temples which is highly inspiring and awesome, ISKCON temples to seek blessings of God, Lotus temple which is equally beautiful and sacred place to visit, Jama Masjid enjoys being the largest Indian mosque, Purana Qila is a very old fort, Bangla Sahib Gurudwara for offering prayers, Rajghat for taking a relaxed walk, Nehru Park for celebrating a picnic, etc. Even if you go on Delhi one day tour package, you must remember to visit most of these places. 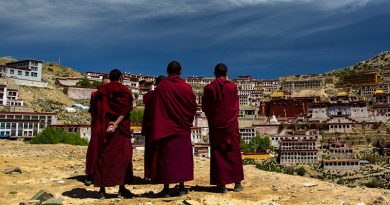 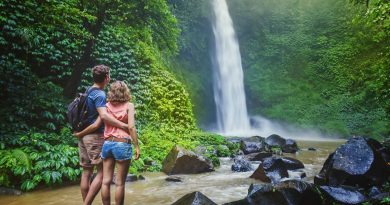 How to Plan an Ideal Kerala Honeymoon Trip?